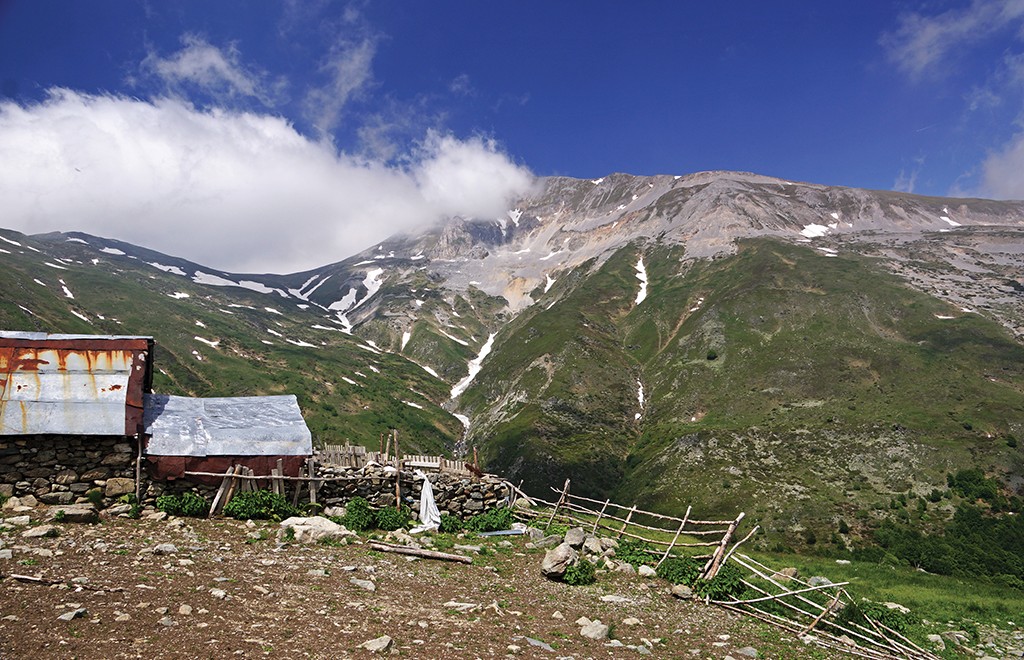 The trail starts from the information board placed in front of the mountain hut “Ljuboten” and it is again divided into two parts. The first part of the trail, at its start, passes across a small rocky terrain, then through a pasture. From the hut it continues to a place called “Dzhandarska Buka”, from which the trail leads to the foot of the peak of Ljuboten. Crossing the River Ljubotenska the trail continues to the section of Livadica. This section traverses a height from 1.600 to 1.700 meters. The second part of the trail is the descent to village of Vratnica. The descending path passes through a beech forest and the picnic area Senokos. In this area, in the forest we can find the mountain lake “Senokos”. From this point, the trail leads to the village of Vratnica, and from there, by following the rural road we reach the village of Belovishte. 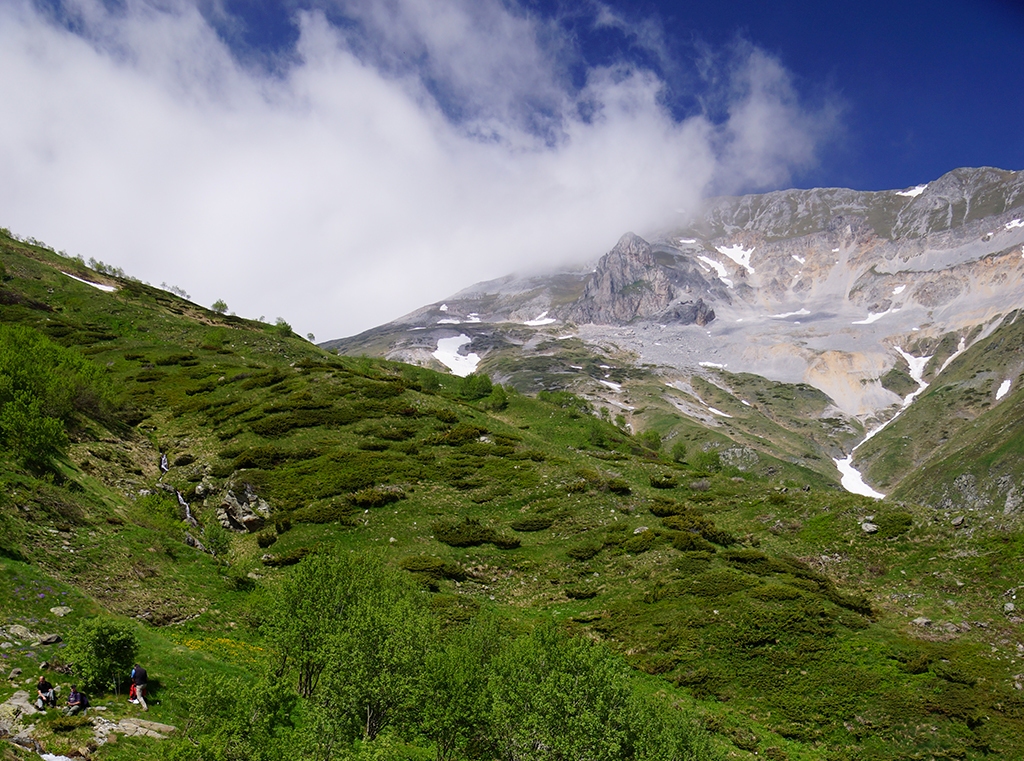 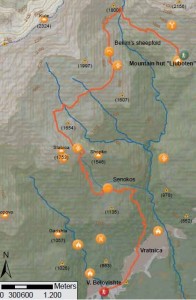 The upper portion of the trail passes through an area of high mountain pastures on a silicate ground, where some endemic plants that bear the name of Shar Mountain (Scardus, in Latin) can be met, such as the Shar Mountain pink (Dianthus scardicus). The lower portions of the trail traverse vast forest complexes, with beech woods in the upper belt and oak and chestnut woods in the lower belt. Here, mostly in the clearings of the oak woods, one may find the Shar Mountain woundwort (Stachys scardica).

Locations that must be seen on this trail include the sheep-farm Gradska Livadica run by the head shepherd Bekim, where you will always be served with white, fresh cheese from Shara Mountain. At the end of the trail, in the village of Vratnica, it is interesting to visit the memorial placed in honor of dead American soldiers from a plane crash in World War II. The story is complete if, in the shadows near the monument, several older local folks are resting, and you can ask them to tell you the story how the US troops were rescued.