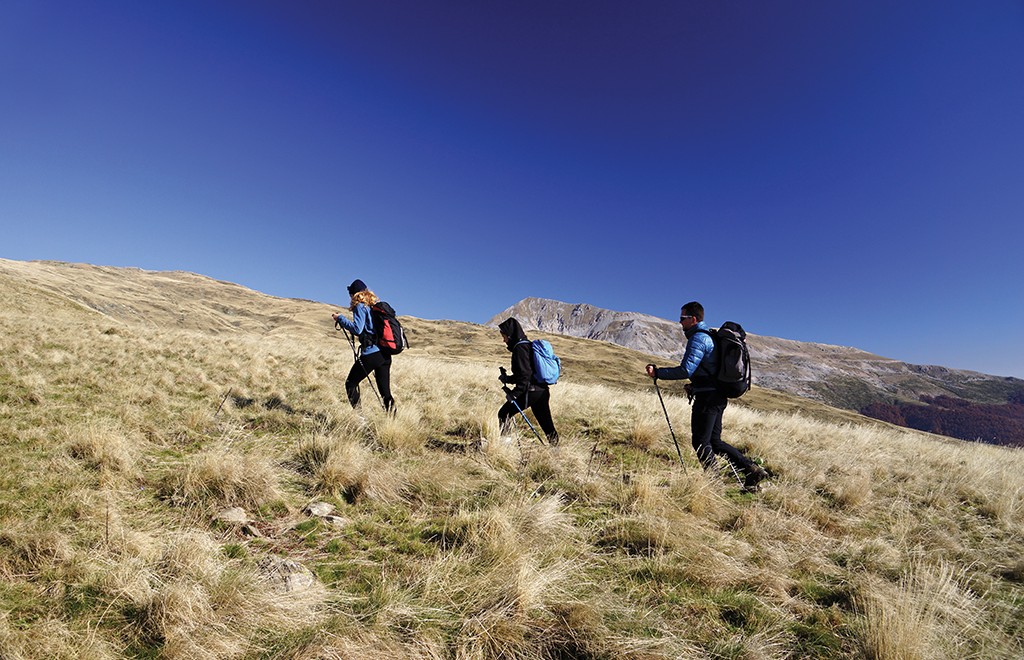 Before you climb the peak, the trail veers south and climbs the ridge of Shar Mountain. After another half hour, you climb the peak Piribeg or Kuchinagledski Vrv. The return trek is along the same path. This trail continues, ending on the Kosovo side, through the green pass marked on the map. The instructions for passing along the green passes are given in the relevant chapter of this guidebook. The path from the Kosovo side, in this guidebook is given as the trail under the name BHA K1. 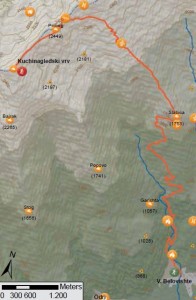 This trail is characterized by dense beech woods in the lower sections, and high mountain pastures on a silicate ground in the upper sections. In the vicinity of the famous Beloviste Waterfall, in the beech forest on the rocky terrain, one may find the ancient (relict) Visiani’s maple (Acer heldreichii subsp. visianii). The pastures have the same endemic plant species as the preceding trail (BHA M2).

During a walk through the village of Belovishte, especially when you go through the narrow streets, you’ll see the traditional construction of Macedonian houses. A large number of houses, some as old as 150 years give a unique picture of this village. When you continue from the village to “Petachko Vodiche”, you will move along a path that passes through the River Belovishka area, an area which has several fish restaurants. A nice picnic spot, with a spring nearby, a spring that is said to have healing powers for those with visual impairments or eye problems. There is a church here, built in honor of “Sveta Petka”. This place is unforgettably pleasant, and offers a fresh atmosphere on the warmest summer days. 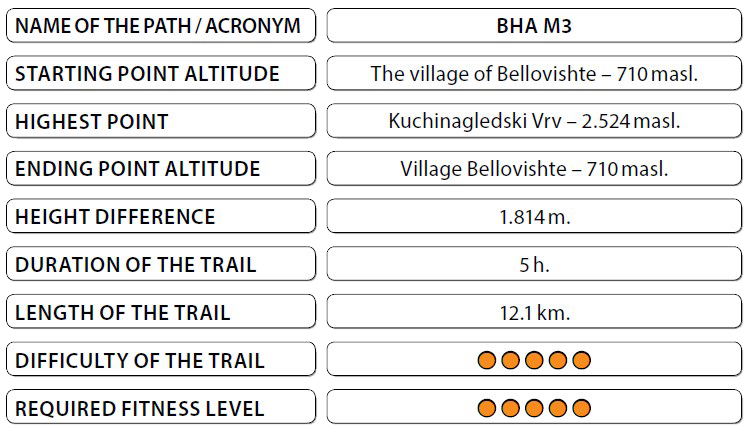