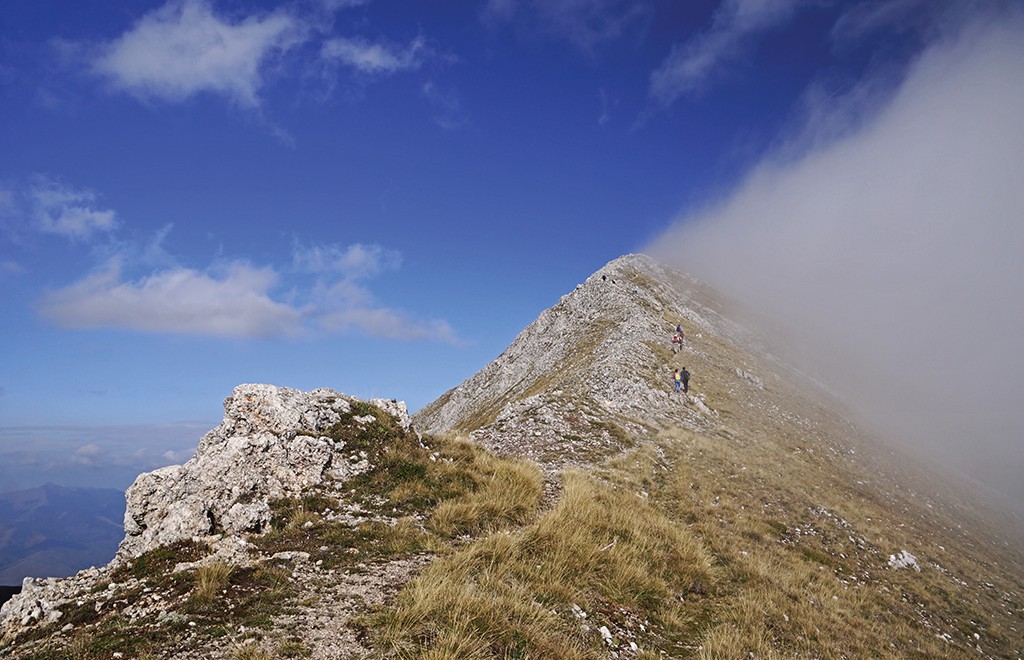 The trail starts from the information board at the upper part of the village of Stare Sello, just below the church, near the village fountain.Spatially, the trail can be divided into three parts. The first part of the trail is through the beech forest, on a wide dirt road, combined with the mountain path and ends at the mountain hut “Ljuboten”. The second part of the trail starts from the “Ljuboten” hut and continues to the very top. In this part, the trail moves sharply uphill, and the ground is a combination of pasture and rocky terrain. The third part of the track is the descent from the top. The descending path is on the western ridge of the peak Ljuboten and is quite steep; the ground being covered with tiny limestone rocks. The descending path continues until the saddle on the top or the so called “Ljubotenska Shija”, after which by a contour line the trail passes through the largest rocky area in Macedonia or under “Kozja Stena”. Once you pass this area, the trail descends gently to the mountain hut. 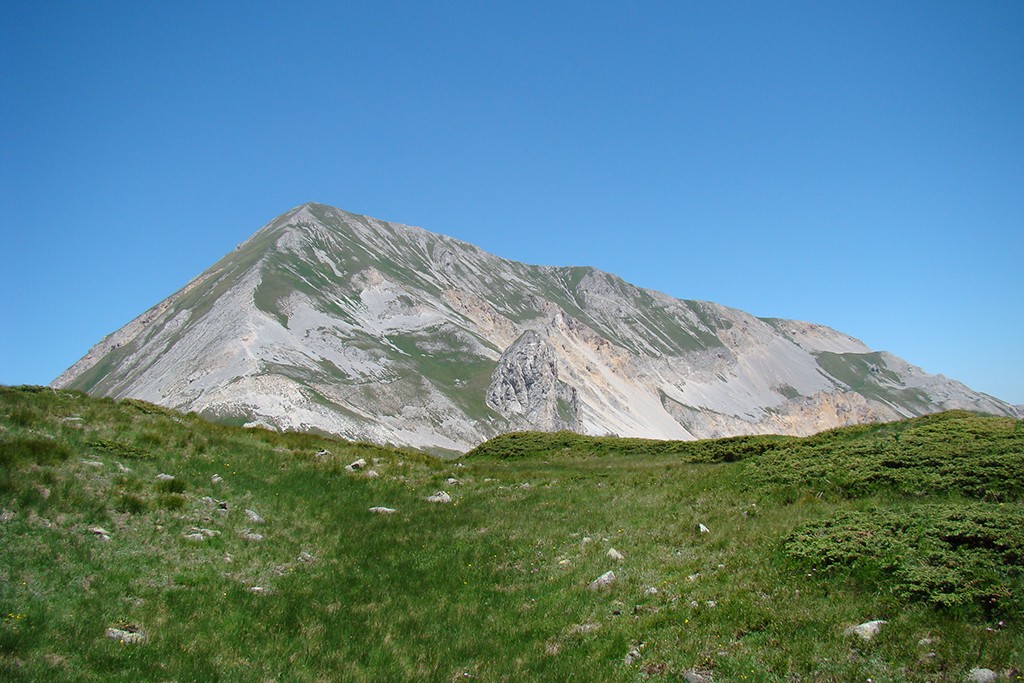 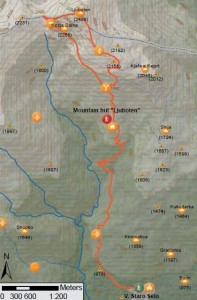 The mountain peak Ljuboten is a typical limestone peak with significant limestone screes and stony sites, which provide for the development of specific vegetation. On the limestone slopes of the Ljuboten peak, in particular those to the west and southwest, you will come across the renowned Shar Mountain tea (Sideritis scardica), scientifically described for the first time by August Grisebach in 1846 with the plant specimen coming precisely from Ljuboten. On the limestone areas near the peak itself one may also encounter Grisebach’s pansy (Viola grisebachiana), which is a rare mountain violet that usually grows on a limestone ground on the highest mountains in the central parts of the Balkan Peninsula.

A typical site on this pathway is the mountain hut “Ljuboten”. This facility is the oldest mountain building, which was built in 1931 as the first mountain hut in Macedonia. According to its position, architecture and ambiance, this building is a historic monument of mountaineering in Macedonia.