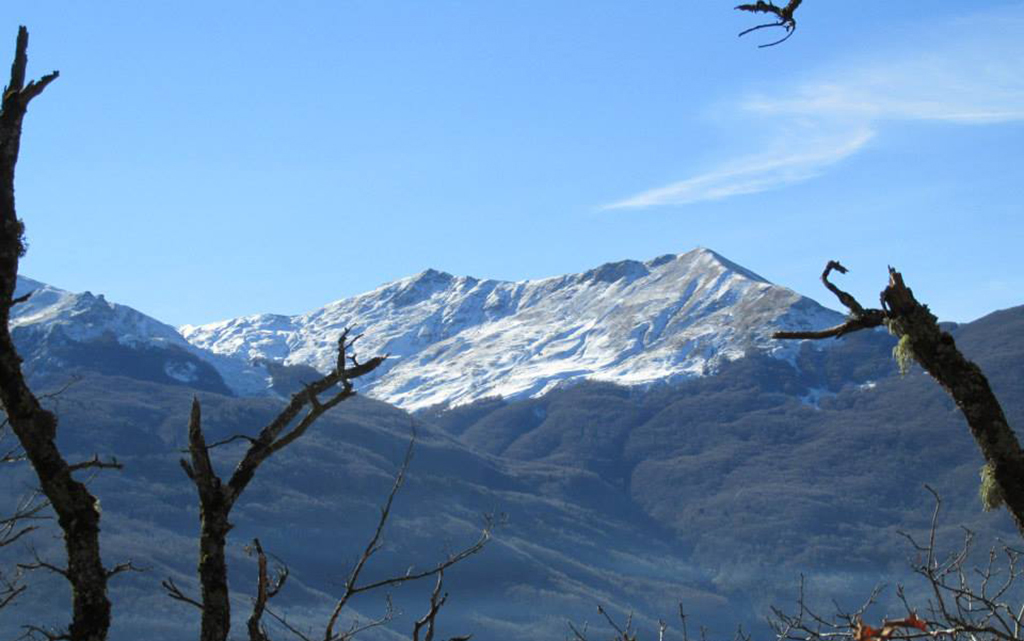 The trail starts in Galicnik, the heart of the Miyak region, a village at an altitude from 1.270 to 1.450 meters surrounded by pastures. From Galicnik, it passes through the most picturesque landscape of Mount Bistra and the “Mavrovo” National Park. The information board is set before Galicnik and the trail is just on the right of the asphalt road. The trail begins on a dirt road and immediately continues along a mountain path that passes through the forest belt. It then leads up to pasture ground from where it climbs the top of the Starci peak.

The peak is not steep, but nonetheless offers beautiful landscape vistas. After that, the trail descends gently to the village of Susica, which has a large fountain, a place to rest and a view of the mountain Stogovo. The trail moves through a dense forest belt, continuing to “Elen Skok” where it ends. 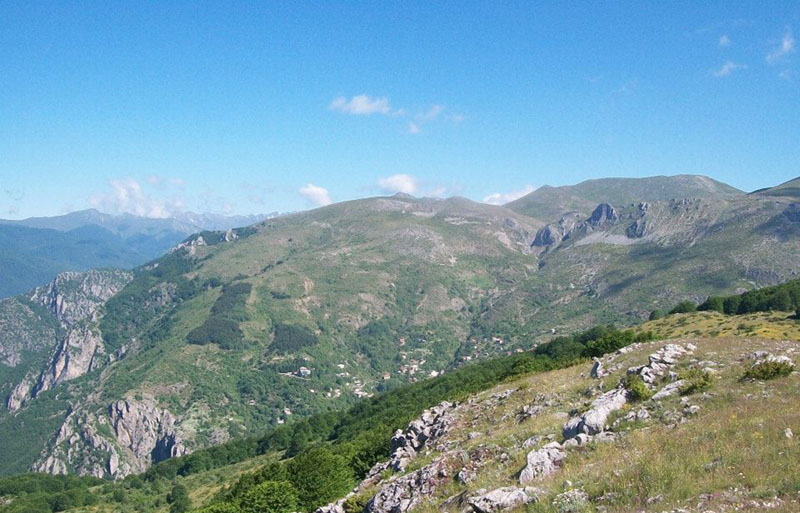 The region of the now no-longer-existing village of Sushica (depopulated more than 50 years ago) is one of the most important regions for the survival of the Balkan lynx (Lynx lynx balcanicus), a subspecies of the Eurasian lynx, which has, sadly, recently found its way onto the global IUCN red list of threatened species as Critically endangered (CR). The area where the trail traverses is characterized by various dense woods: xero-thermophilous oak and hornbeam woods (downy oak – Quercus pubescens and oriental hornbeam – Carpinus orientalis) near Elen Skok and thermophilous oak woods (Italian oak – Quercus frainetto) toward Sushica. This area is also a refuge of a larger number of brown bear specimens (Ursus arctos).

Galicnik is a tourist attraction because of its authentic architecture, rich cultural heritage and amazing landscapes. It is known for the “Galicnik wedding”, a traditional public wedding, held annually on the village celebration day – Petrovden mid. of July. During the wedding, the dance “Tesko Oro” is performed – which symbolizes overcoming difficulties in life. 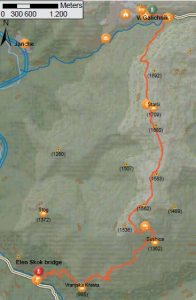 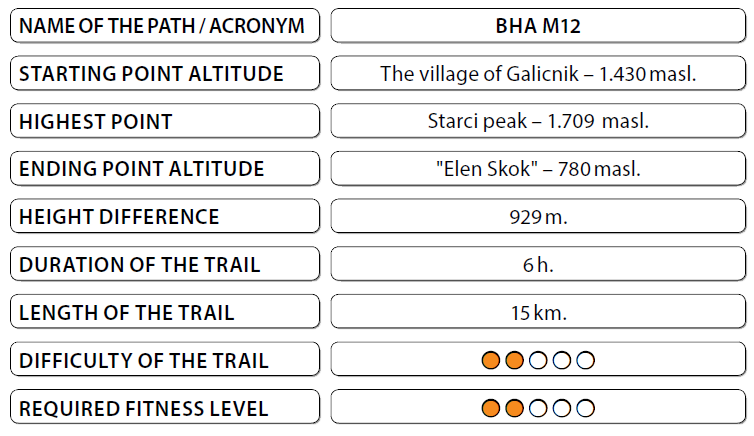