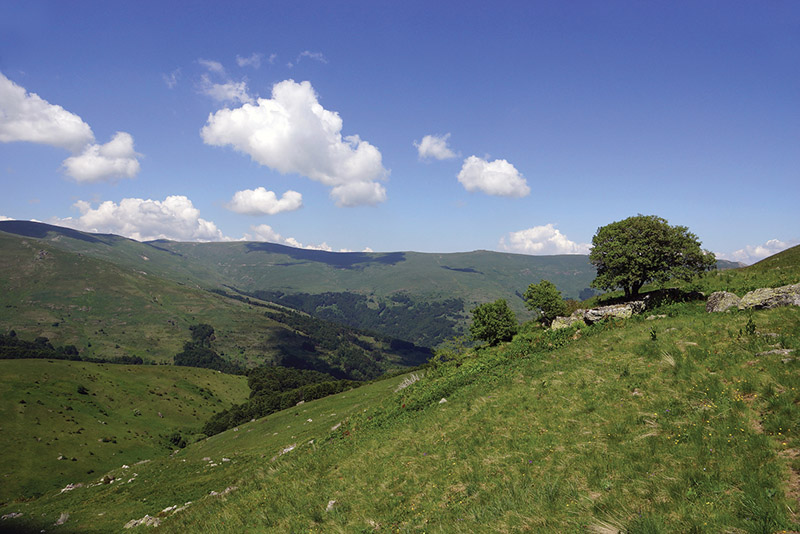 The trail starts at the information board, which is placed in front of the village of Pozarane. Moving to the left, the trail bypasses the village and climbs over the village. The trail is a dirt road and after you reach an altitude of 400 meters, you exit the channel “Sarski Vodi”. The road continues to the plateau Kuci Baba. From here, the trail continues southward
moving in the vast pastures which from the west are intercepted by the river flow of River Mzdraca where in the heights there are the characteristic peaks Vratsa (large, medium, small). The slight climb leads to “Budimov Grob” which is an intersection between the paths coming from the valley Mzdraca and the valley of Gorno Jelovce. If you climb a
hundred meters to the mild slope located to your right you will enjoy the landscape views of the Mzdraca river valley and the steep sections of big and little Vratsa. This place, which is at an altitude of 2.209 meters is called “Bugarski Kolibi.” The return is along the same path to the village of Pozarane. 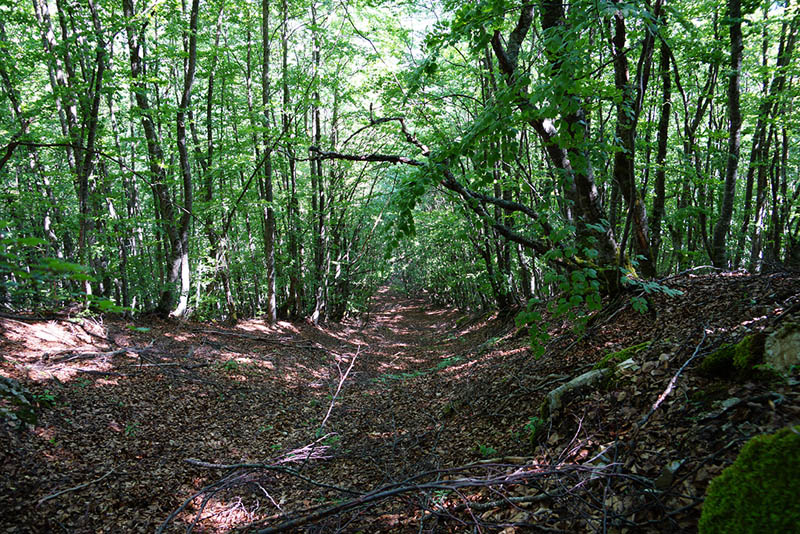 • Once you climb to the plateau Kucibaba, you will be constantly looking all around you so as to take in the spectacular views. To the north you will see the peaks of Rudoka and Bristavec and also Ljuboten and the middle flow of the River Mzdraca. To the southeast you will see the bountiful fields of the upper Polog valley and to the west the peaks of Vratsa.
• Starting from the destination, a wonderful view of the cirque River Jelovska and Gorno Jelovce can be seen and in the valley, the town of Gostivar. 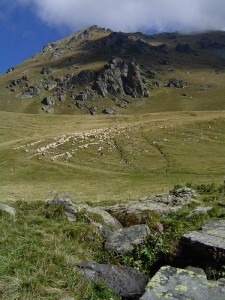 The southern parts of Shar Mountain (Morava, Lera, Nichpur Mountain, Bogdevo Mountain, Fudan, Mengulova Kula, Kuchi Baba, etc.) are characterized by vast high mountain pastures, which develop mostly on a silicate ground on mild slopes. In late spring and early summer the pastures are covered by the yellow or purple flowers of the local endemic
pansy species – (Viola ivonis), discovered and described by Erben in 1985 as a new species.

The village of Pozarane is first mentioned in the written documents dating back to 1461 or 1462. But the village is an older settlement related to the existence of three cities, which from the plateau of 900 meters above sea level, stretched even to the left bank of the River Vardar, as neighboring to the village Tenovo. The Mehmed Bey waqfs, mentions a “road
that leads to the mills of Pozaran” and another “from Kaliste to Pozharan” vineyards from Pozaran, a road “from Pozaran to the ruined tower” and forests of Pozaran. Some of the written sources of Pozaran are stored in waqfs mosque Kebir Mehmed Celebi in Skopje. These places exist even today in the vicinity of the village of Pozarane. 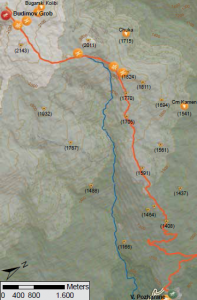 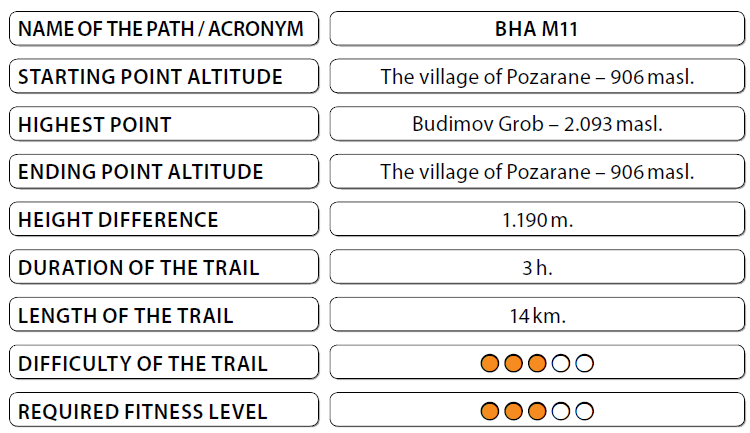