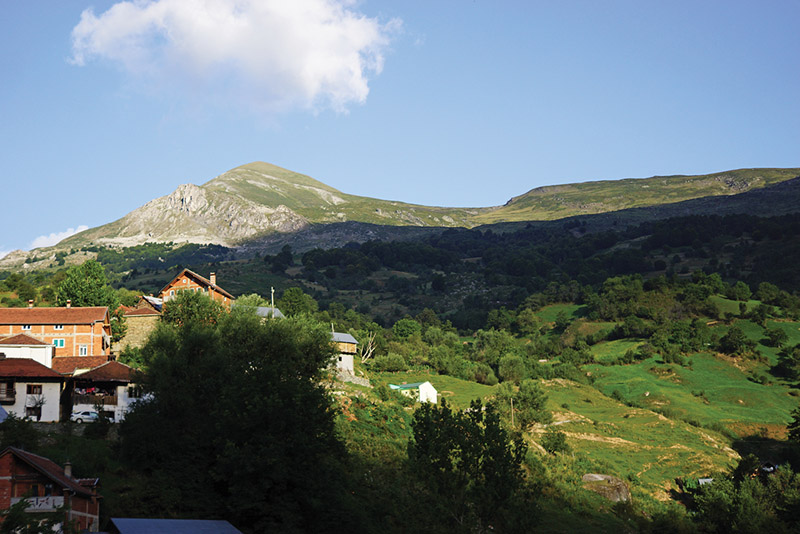 • After climbing the first 300 meters above the village of Vejce, there is a magnificent view of the village, of the River Vejachka valley and the peaks Kobilica, Crn Vrv, Suva Dupka, Kuchibaba, Dupnat Kamen and Orloec.

The high sections of the trail above the village of Vejce are predominantly covered by high mountain pastures on a silicate ground, while the Kobilica peak itself (as well as the lower peak Golem Kamen) are composed of limestone rocks and stony sites with distinctly different vegetation. What is specific about this site is the fact that it was the exact site where,
way back in 1892, Wettstein collected, at an altitude of around 2.400 m above sea level, and described a new species of pansies (Viola latisepala). 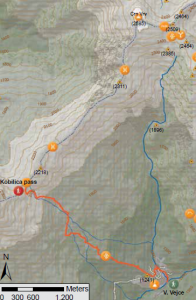 The village of Vejce is a very characteristic village, situated at a height starting from 1.065 meters up to 1.250 meters, the composition of the Rivers Dojranska and Kupinica and just below the peaks Crn Vrv and Kobilica. This village is characteristic because it is a rare example of an active mountain village in Republic Macedonia. Vejce has potatoes, honey
from the slopes above Vejce on Shar Mountain and Vejce white cheese brands that are distinctive and unique in flavor or as the locals like to say, and is quite true, “represent the taste of Shar Mountain”. 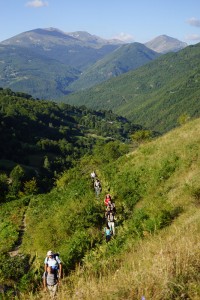 • You can find food and beverages in the private local shops or local coffee houses through the villages.