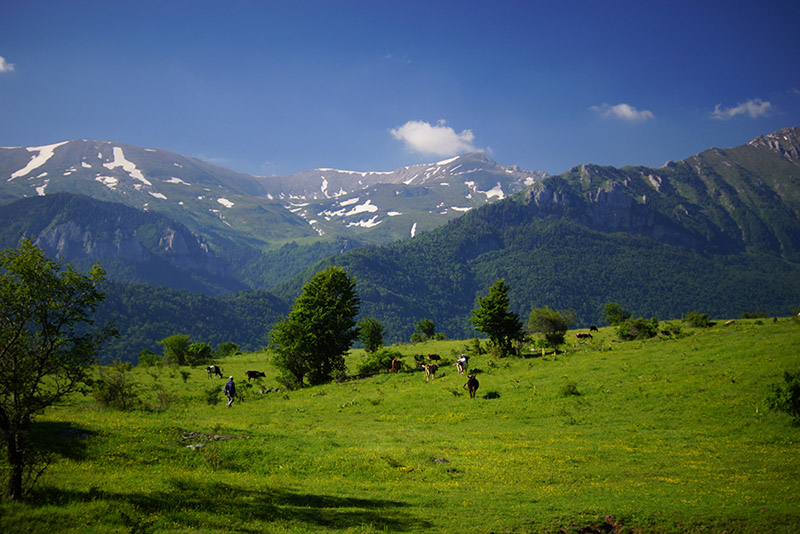 The trail towards the passage Vrtop is very important because a part of the trail lies along the old road which used to connect the cities of Tetovo and Prizren. It starts on the right of the bend of the tarmac road just before the village of Veshala. From here, the trail gently climbs to the areas which once cultivated by the villagers. This trail offers beautiful landscape views of the peaks Kobilica, Shilidzhe and Vrtop. Once you come over the hill “Long Rock” or “Guri i Djat” the trail continues along an old unfinished route, which in the past used to connect the cities of Prizren and Tetovo. From this point on, the road leads to the crossing; essentially to the western saddle below the peak Vrtop, which is a few meters
higher than the lowest passage to the Shar Mountains. The track ends at this passage and the descent is along the same trail. The trail may be continued towards the Kosovo side through the green pass, which is marked on the map. The instructions for passing green areas are given in the relevant chapter of this guidebook. The trail from the Kosovo side, in this guidebook is explained as the following trail by the title BHA K3. 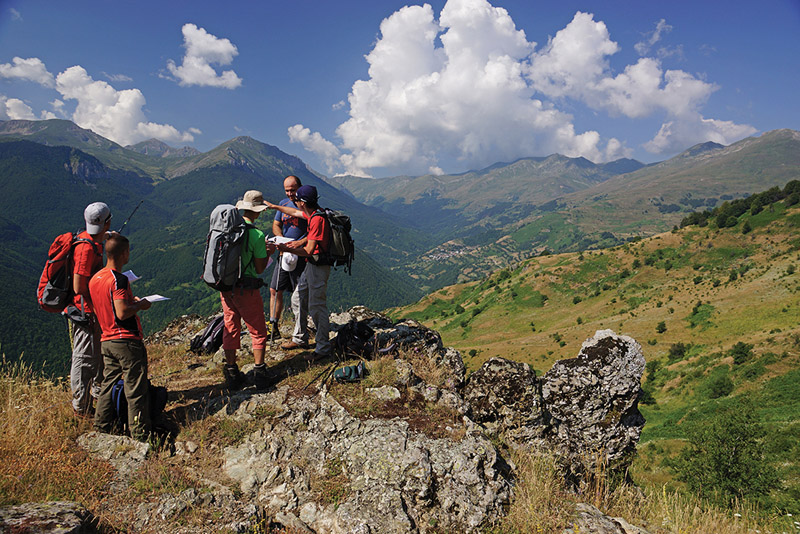 • Going along the first third of the trail there are viewpoints from which you can see the middle flow of the River Pena and the first Leshnicka Karpa (Plat).
• The second third offers a remarkable view over the peaks of Kobilica, Silidzhe and Vrtop.
• The third part, where the trail goes towards the old road, opens up a view towards the Jelacki Crn Vrv, Leshnici Karpi, the flow of the River Pena, the areas of Skakalo and Karanikola. 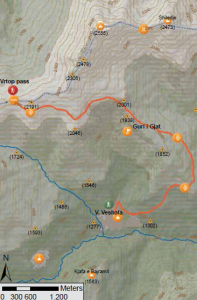 Similar to most of the trails in this guide (BHA M2, 3, 5, 6, and 8) the specific vegetation is represented by high mountain pastures on a silicate
ground, which include several endemic plant species, such as the Shar Mountain alyssum (Alyssum scardicum).

A typical place to visit while you are in the village of Veshala is the first section of the River Karanikolichka, specifically, right after the lake, the river dives into a deep rocky landscape. Since nature gives us everything, and it really does in this place, just above where the water dives down there is a natural stone bridge which makes the view to this place
unforgettable. Another place to visit is “Dolg Kamen” or “Guri i Djat”, which actually presents a high cliff located just above the village and from which we get a wonderful view towards Leshnica. 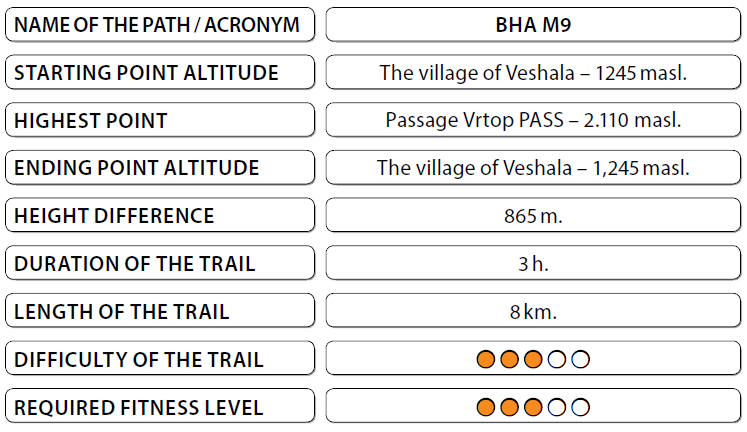