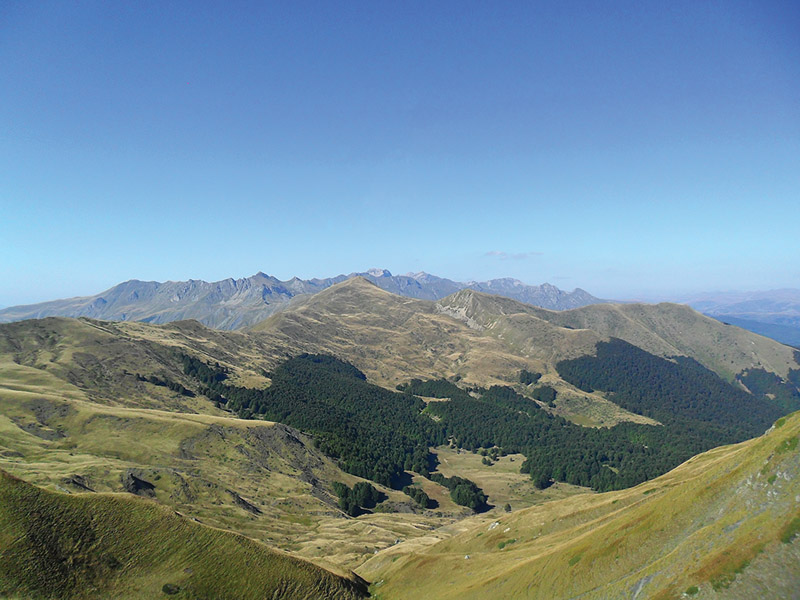 The route starts in the village of Zhirovnica, to be precise, from the information billboard placed in “Gorno Maalo”. The mountain trail leads to the foothill in the area of “Golema Planina” and the highest parts of the mountain ridge Deshat. In the area of “Skala” and “Staro bachilo” the trail continues to the borderline ridge between the Republic of Macedonia
and Albania. From this point along the ridge, the path continues to Peak Velivar. The return to route follows the same path. The trail may be continued towards the Albanian side through the greenpassage, which is marked on the map. The instructions for passing the green areas are given in the relevant chapter of this guidebook. The trails on the Albanian
side are explained as the following trails with the title BHA A1 and BHA A2.

• When you reach the mountain ridge of Deshat, you will see the highest parts of Korab in the north, the River Dolna region in the east, and Mount Bistra and Stogovo in the background, and the peaks of Mount Krchin to the south. 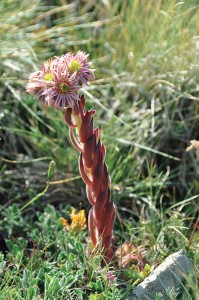 A large section of the trail above the village of Zhirovnica passes through intensively exploited beech woods, but at the section between Zhirovnica and the villages of Trebishte and Bitushe (trail BHA M15) one may find beech forest complexes, which possess the character of a primeval forest (in particular in the ravine between the villages of Vidushe and
Trebishte). The mountain peak Velivar is characterized by extensive high mountain pastures on a silicate ground and smaller areas under silicate rocky sites. During the summer this area is characterized by the widespread Koshanin’s houseleek (Sempervivum kosaninii) with its dark red flowers.

Zhirovnica is a village with the greatest number of inhabitants in “Mavrovo” National Park. The traditional architecture is still visible in parts of the houses, and some of them have been built in a modern style. This village has been known in the region by many migrants, fortune seekers, and the specific cultural customs, which may be seen during the village wedding ceremonies and big traditional festivities in spring and summer. 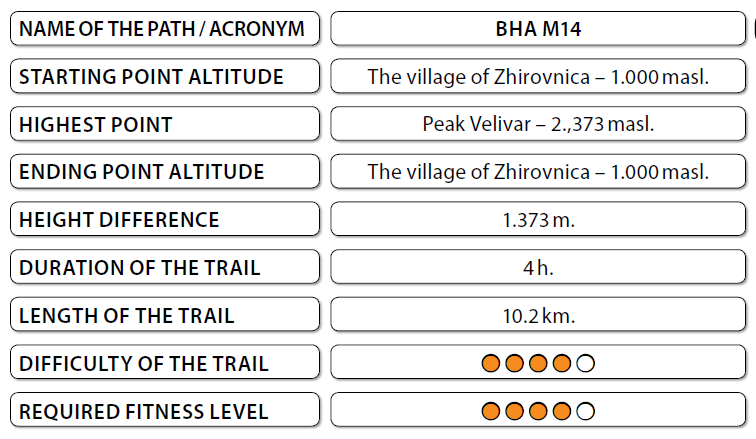