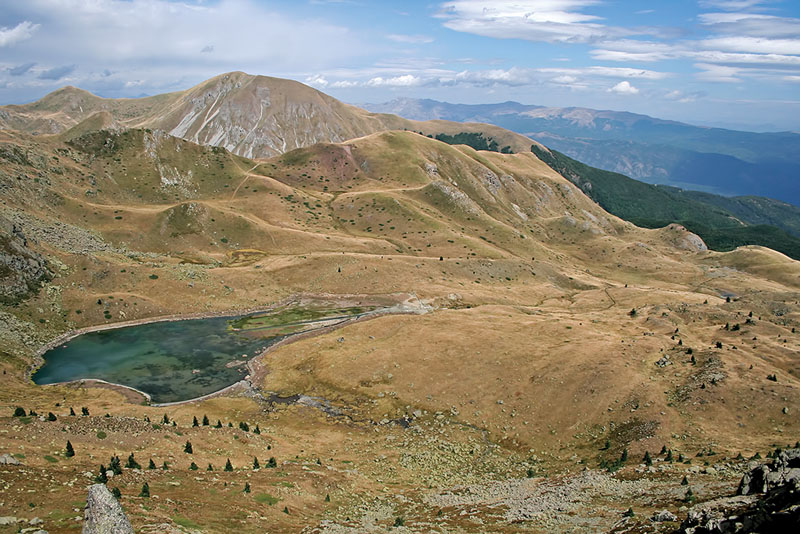 The trail starts from the village of Podgorci. The trail goes on a dirt road that leads through a beech forest and reaches to Podgorecki Bacila. Moving along this path, on three occasions, a broad grassy area or meadow is passed.
Shortly after the sheep farms, crossing the so-called “golinska skala” vast grasslands are reached. From this point, moving along a better regulated mountain path will lead to, initially, the small Lake Podgorecko and shortly after the large Lake Podgorecko. Passing the lake, a detour on the left is made on a steep trail to reach to the top of Crn Kamen. From the top the trail descends to a rocky grass area to Vevchanska Lokva where it continues through sheep farms in Vevcani. From the sheep farms, on a dirt road through the beech forest, the trail goes along the banks of the River Crven Kladenec and the dry area Esejnca, where by descending, it ends at Vevcani Springs. The trail may be continued towards the
Albanian side through the green pass, which is marked on the map. The instructions for passing the green areas are given in the relevant chapter of this guidebook. The trail on the Albanian side is explained as the following trail with the title BHA A4. 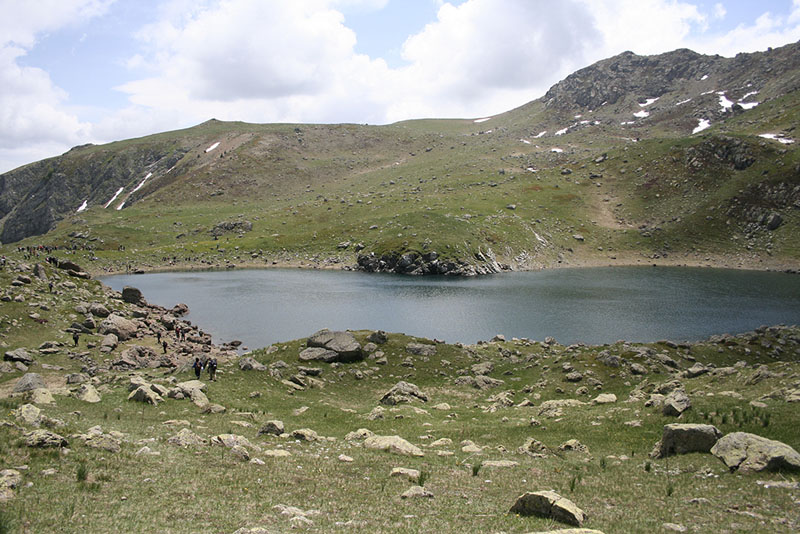 • While climbing to the top, immediately passing the forest towards the east there is an overlook of the Drimkol region and Lake Globocica.
• From the top section of the decent, there is a wonderful and unforgettable view of Vevcani, Struga Field, Lake Ohrid and Galicica Mountain. 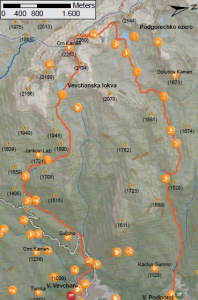 Above the beech wood timberline, high above the village of Podgorci, the vast area of high mountain pastures on conglomerate ground is situated. In these parts of the Crn Kamen range one may find well-preserved populations of the typical subspecies of great yellow gentian (Gentiana lutea), which is not the case with the other mountains where it can be found (on Korab and Shar Mountain the gentian is nearly extinct).

In Podgorci, at the start of the trail, you can visit the monasteries “St. Jovan Vladimir” and “St. Precista”. In this section, there are also the churches “St. Nikola” and the mosque, which were built in the early 19th century. On the other hand, in Vevchani, there is a cathedral church “St. Nikola” and five smaller, but no less important churches that you can visit. Do not leave before you visit the traditional mill, which is close to the Vevchani Springs where the wheat is ground and processed in the old traditional way.

• No accommodation is available in the village of Podgorci while food can be bought in local shops.
• Guest houses and restaurants in Vevchani: “Kutmicevica”, Vila “Alula”, “Vo Izvor”, “Domakinska kuka”, “Pupin’s house’, “Sutinoski” and “Via Ignatia”.
• Rooms in Vevchani.