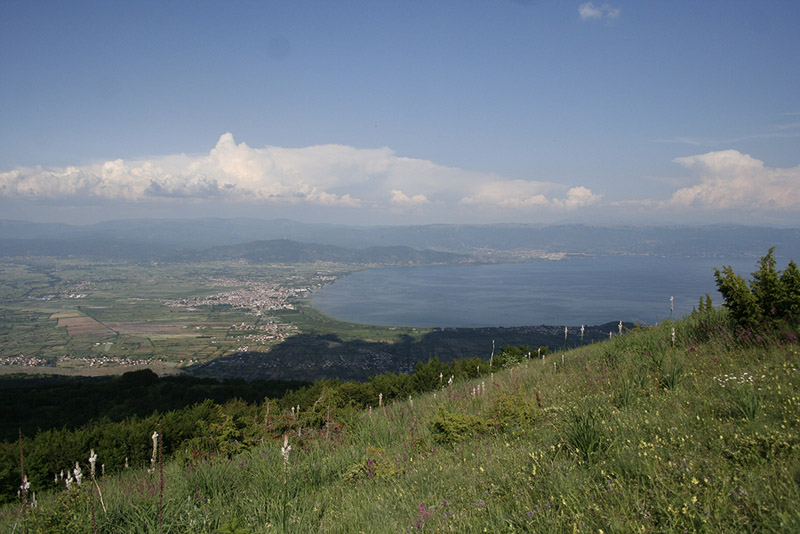 The trail starts from the asphalt road Otesevo – Stenje, just before the entrance to the village of Stenje where there is a clearly visible information panel that marks the beginning of the trail. The trail passes through the village of Leskoec and the slope of the mountain Lipova Livada. For the majority of its length, the trail runs through an oak forest. Over the oak belt a beech forest starts, while the upper track moves over pasture. The trail is generally of combination dirt and rock. From this position moving to the south, in the first part, the trail rises steeply and then gently passes the ridge Galichica where it reaches the Magaro peak. Following the same path the tour ends in the village of Stenje. The tour can be adjusted using asphalt road to the village of Leskoec or to the mountain road slope Lipova meadow which makes the hike moderate to easy. 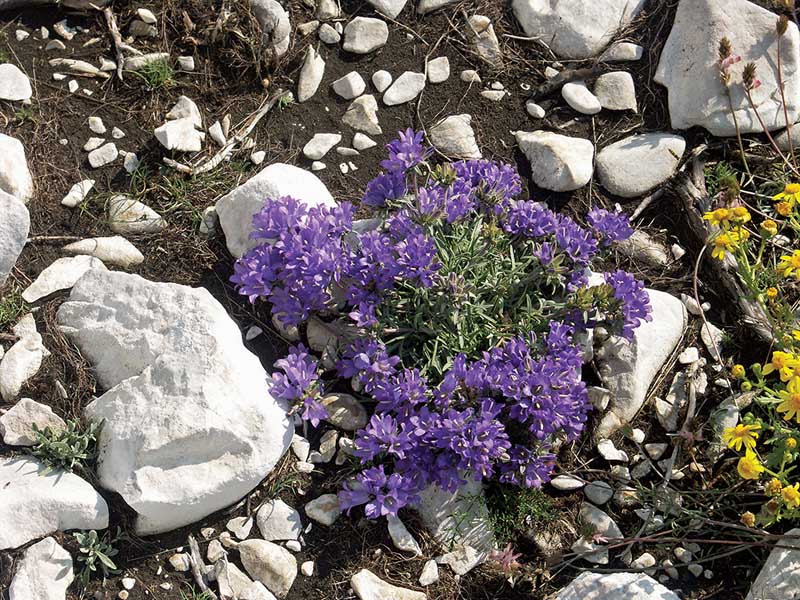 • From almost every point along the mountain ridge, which stretches out at 1.900 masl. beautiful panoramic views of Lakes Ohrid and Prespa, and the surrounding mountains are visible. In fact, this is the only view in Macedonia towards both of the country’s biggest lakes.

The slopes of Galichica in the direction of the village of Stenje are coveredby thermophilous oak woods (Italian oak – Quercus frainetto and Turkey oak Q. cerris), but the most important woods from a conservation aspect are the Macedonian oak (Quercus trojana) and the Greek juniper woods (Juniperus excelsа and J. foetidissima). The presence of some endemic knapweed species (Centaurea galicicae and C. soskae) is also worth noting. Above the oak wood belt there are beech (Fagus sylvatica) and mixed beech and fir woods (Abies borisii-regis), with several individual specimens of Bosnian pine (Pinus heldreichii). At the fringes of the woods, along the trail, one may find the very rare species of the Rayed broom – Genista radiata.

Near the village of Stenje there is the island Golem Grad, which belongs to the strictly protected areas in the “Galichica” National Park due to the presence of endemic species, the large population of pelicans and the large number of reptiles (snakes), hence the name of the island on Lake Prespa – Snake Island. The island is located at an archeologic locality, in
the area Naselba, which dates from the 4th century BC and survived until the 6th century AD. On the island there are remains of a medieval monastic settlement, which existed until the early 20th century. From this period there are the remains of the famous churches “St. Petar”, “St. Dimitrija” and “St. Nichola Vlaia” all of which are dated from the 14th century.

• Accommodation in hotels and bed & breakfast facilities in Stenje and Oteshevo. 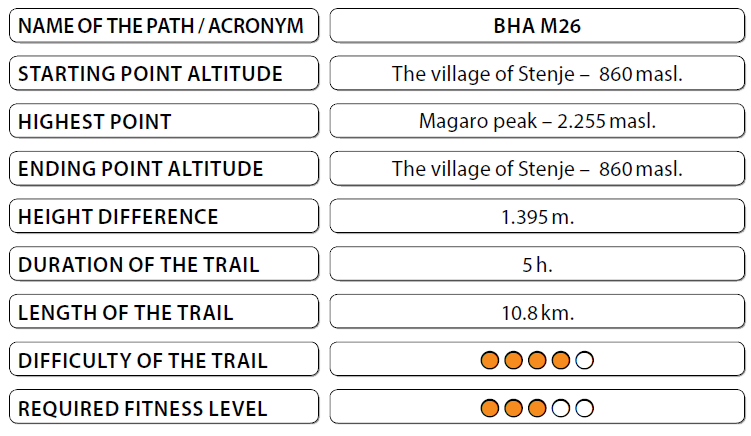