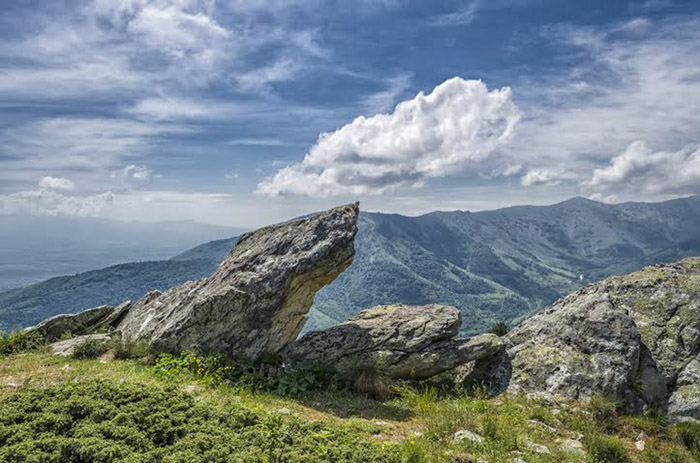 The trail begins in the village of Dihovo, near “Villa Dihovo”. The first part of the trail passes through the village then follows the paved road (Bitola – Nizepole) from where the trail continues on a mountain path leading to the monastery “St. Atanas”. The ground on this part of the trail is covered with sand and soft grass. The trail continues through the forest belt with mixed beech, pine and birch forest. The second part of the trail starts from the church “St. Atanas” to “Jorgov Kamen” at 1.744 masl. The mountain trail from “Jorgov Kamen” gently descends to the mountain lodge Kopanki, from here it descends to the Hotel “Molika” where it eventually ends. This part of the trail is in the “Pelister” National Park, and it moves through Molika forest.

• Looking towards the northwest from Jorgov Kamen, a view towards the Pelagonija valley opens in front of you. To the southeast you can see Nizepole. 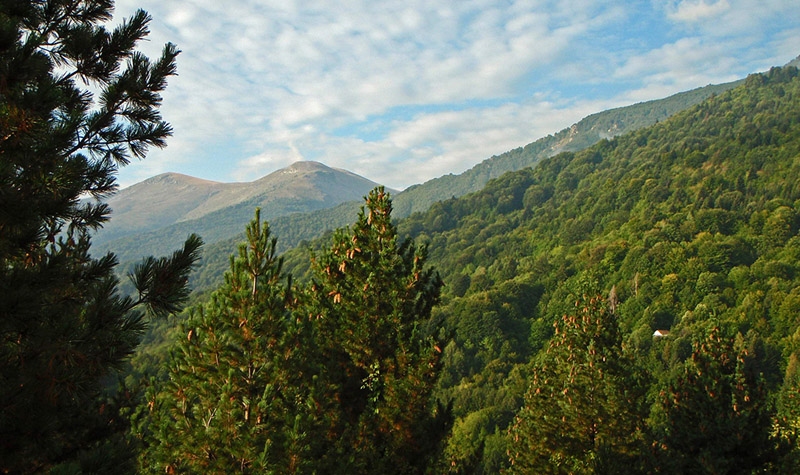 The most distinctive vegetation for this trail is the molika woods (Pinus peuce – also called Macedonian pine), which has very beautiful communities near Jorgov Kamen and on the way to Hotel Molika. Owing to these woods, a part of the Pelister mountain was proclaimed a national park in 1948 (the first one in Macedonia and in former Yugoslavia). This five-needle pine was presented to the scientific community for the first time by the botanist August Grisebach in 1846, and there is a memorial plaque dedicated to him at
Lastojchin Kamen in the vicinity of Hotel Molika.

A typical site is the church “St. Atanas” in the foothills of Pelister. The building dates from the 19th century with authentic iconostasis, a small inn and room for resting. Nearby is a fountain with spring water with a beautiful view of the Pelagonija valley. 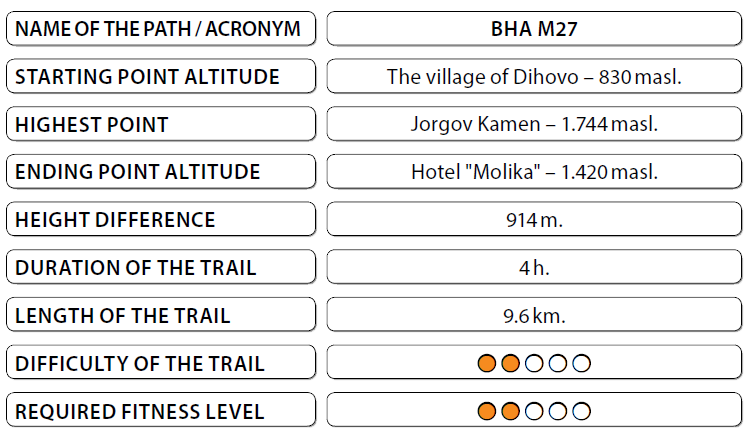