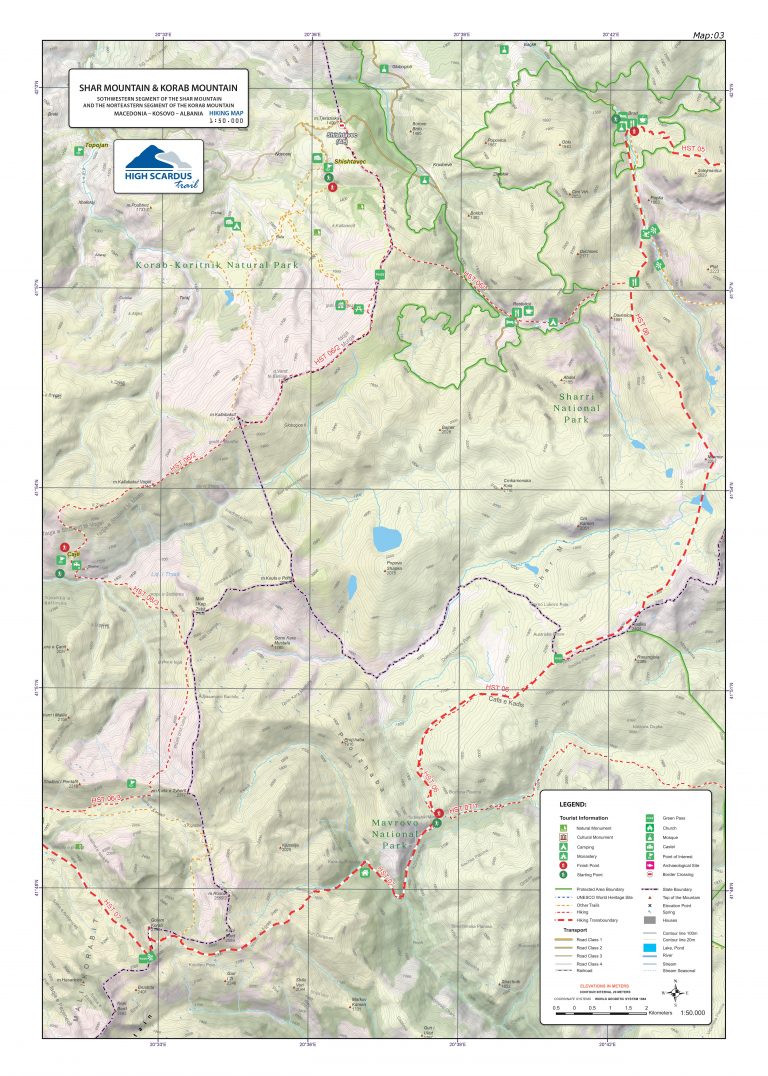 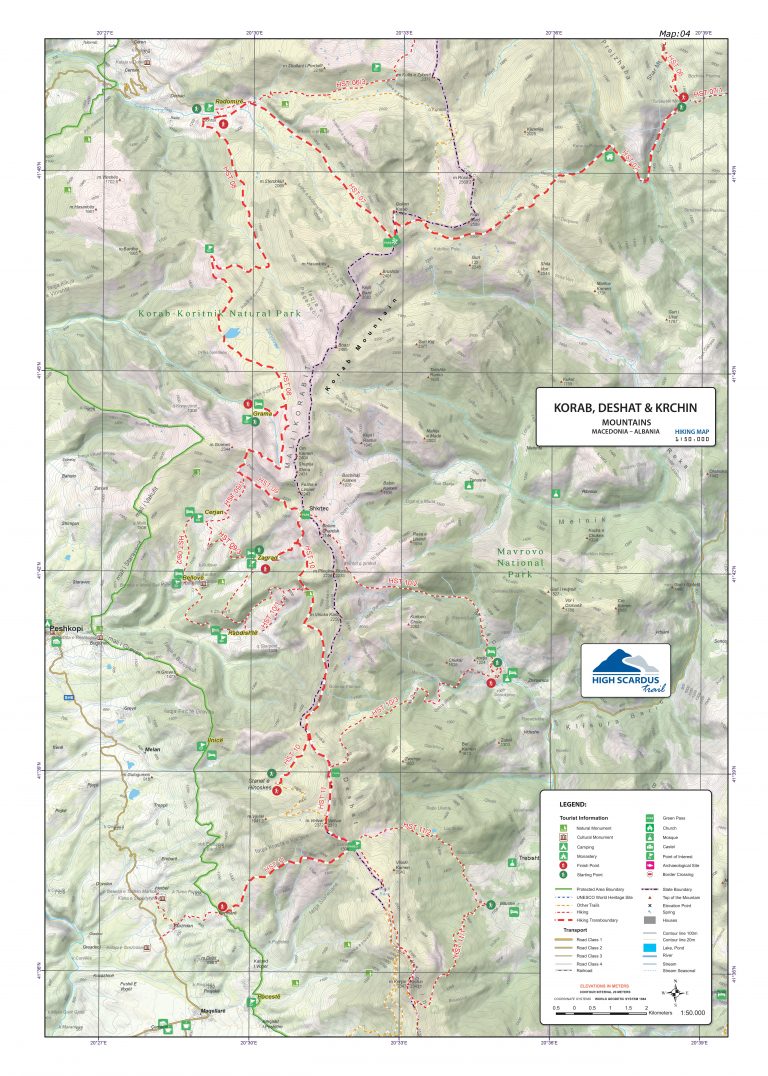 Description of the trail:

The trail is one of the most visited trails in the Mavrovo National Park because of the peak, Golem Korab, (2,753m) which is the highest peak in the Republic of Macedonia and the Republic of Albania. This stage of the trail starts from the farm under Bozhina Planina located on the road from Strezimir towards the tripoint between Macedonia, Albania, and Kosovo and continues eastward along the River Adzhina and up to the place where the path diverges right towards the border post “Karaula Pobeda” and left towards Strezimir. Following the dirt road for approximately one kilometer, turning left after passing a concrete bridge and walking up for approximately ten meters leads into the yard of the border post “Karaula Pobeda” at altitude of 1,475m.

From here, the trail continues through beech forest until it reaches the sheep farm Belandja at altitude of 1,750m where the pastures begin to spread out. Above the sheep farm, at 1,860m, there is a spring, which is the last in this part of the mountain. The next spring is in the foothill of the Golem Korab peak. The trail is visible, easy to follow and marked.

From Kobilino Pole starts a southward traverse until reaching an altitude of 2,450m where a view towards Golem Korab, which is at 2,753m opens up. The climb towards this point is through the north – east slopes of the peak on a visible and marked trail. The descent is made through the western slopes of the peak until reaching the village of Radomirë. The trail passes through pastures and a small rocky part. While descending, several glacial lakes are can be seen and the trail is visible until entering the village of Radomirë.

Altitude of the starting point: Torbeshki Most – 1,331 m

Altitude of the ending point: The village of Radomirë – 1,265 m

There is parking available for a large number of vehicles in the farm near the River Radika on Torbeshki Most.

There is parking available for a large number of vehicles in the village of Radomir.