The route starts in the village of Zhirovnica, to be precise, the so called “Gorno maalo” (the upper neighborhood) of the village. This route is very interesting and significant because it used to be the trail for commercial exchange between the village of Zhirovnica and the neighboring villages from Albania. The route goes to the most hidden part of the Republic
of Macedonia. Just 2 km outside the village is the spring “Medoshnica”, which is believed by the locals to have healing powers. From the spring, along the basin of River Tairovska, the route continues westward to the foothill of the area called “Mala Planina” (Small Mountain), and then northwest passing through the area called “Tri Sinora” under the peak Plocha. 2 km from Plocha in the northwest is the crossing Shkrtec, the end of the route. The way back is along the same route. 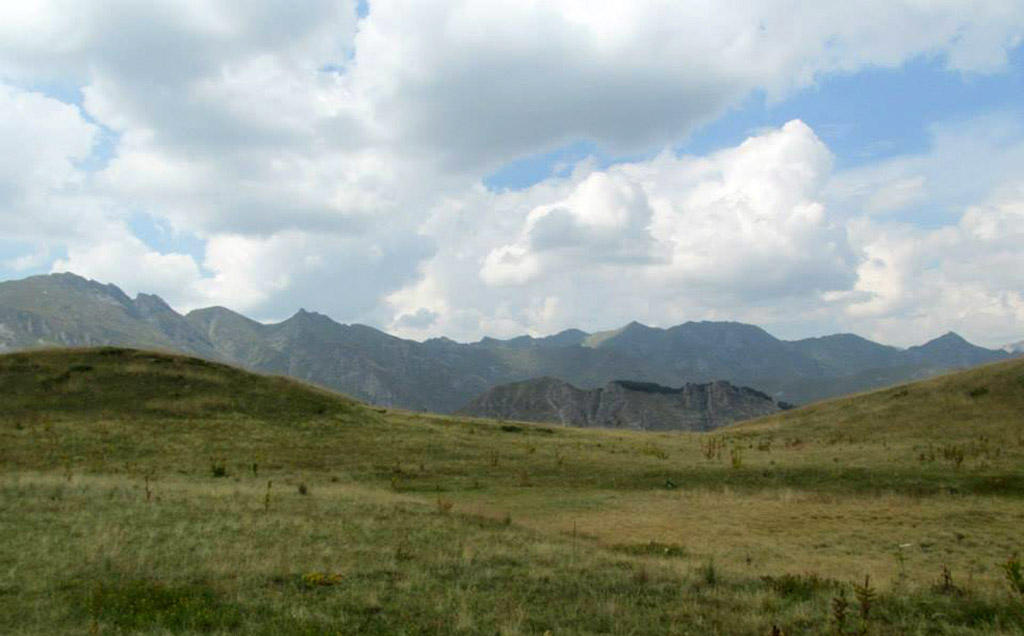 • In the north and northwest you see the highest parts of the Korab massif.
• In the east and southeast you see the upper estuaries of the River Radika, i.e. the River Gorna region with Mount Bistra in the background. 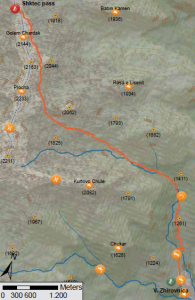 Zhirovnica is a village with the greatest number of inhabitants in “Mavrovo” National Park. The traditional architecture is still visible in parts of the houses, and some of them have been built in a modern style. This village has been known in the region by many migrants, fortune seekers, and the specific cultural customs, which may be seen during the village wedding ceremonies and big traditional festivities in spring and summer. A characteristic of this area is the finish, the pass “Shkrtec”. It is at the very border between Macedonia and Albania, where there are still remnants of a former military fortification from the period of the Kingdom of Yugoslavia.