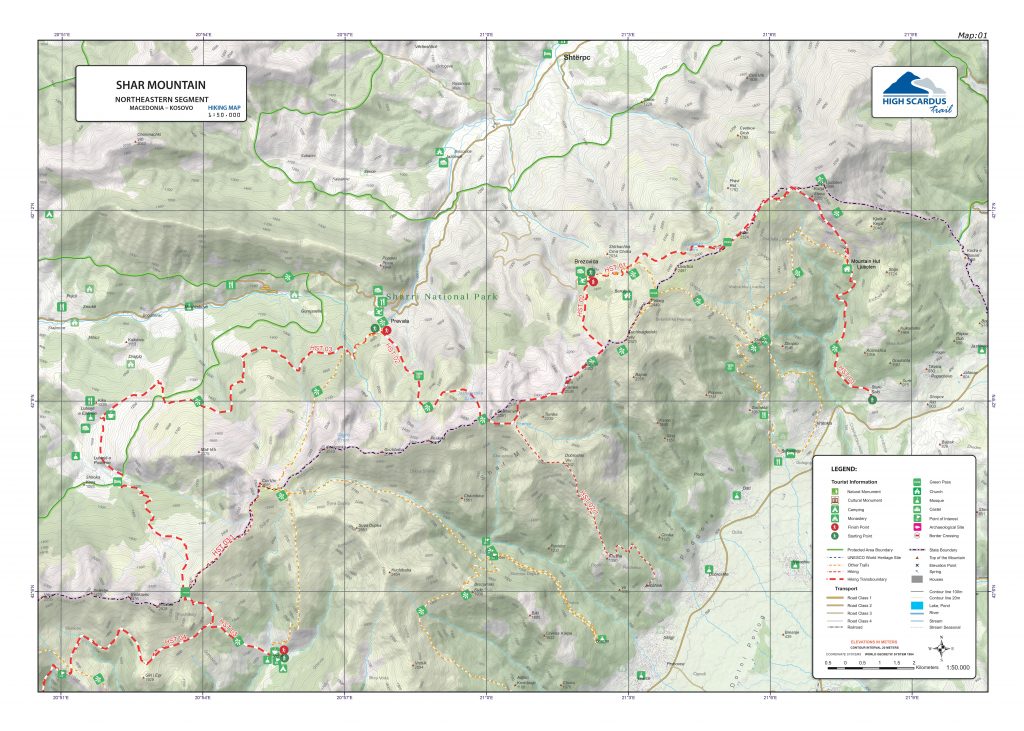 Description of the trail:

The trail starts from the information board at the upper part of Staro Selo, just below the church, near the village fountain. Spatially, the trail can be divided into four parts. The first part of the trail is a wide dirt road combined with a mountain path, which passes through a beech forest all the way to the mountain hut Ljuboten. The second part of the trail starts just above the hut and goes sharply upwards through a short uphill terrain, then moving south along the ridge of the Ljuboten Peak, it passes the biggest stone colluvium in Macedonia named Kozja Stena. The third part of the trail is on the Shar Mountain ridge itself, where the grandeur of Shar Mountain can be observed. The trail extends along the ridge, passing several times through the southeast and northwest side and before the assent towards Livadica peak begins, the trail leads northwest through the green pass and then descends slightly to the glacial lake Livadichko Ezero. From the lake up to the ski center Brezovica is the beginning of the fourth part of the trail. In this part the trail ascends to an altitude of 2,333 m and from this point the trail starts descending in a south-southwest direction towards the foothill of the peak Livadica, i.e. its northwest side. On the peak Meanche, at 2,133 m, is the beginning of a wide dirt road descending to the ski center Brezovica.

Altitude of the starting point:  The village of Staro Selo – 900 m

Length of the hiking trail:  24 km

In the village of Stare Selo there is a large parking space.

In the ski center there is a large parking space.